Costa Rica’s Central Pacific region is a highly popular tourist destination, especially for its easy access to the Central Valley. Only one to two hours from the capital city of San Jose, you have beautiful beaches, fun coastal resort towns, the country’s most important Pacific ports, and fantastic surfing, sportfishing, sailing, scuba diving, and other water sports. Lined with a stunning mountainous coastline, the Central Pacific is a transition zone from tropical dry forest to tropical rainforest. It is not as humid as the Caribbean Coast or the South Pacific; however, it is rainier than Guanacaste and the Nicoya Peninsula.

The Central Pacific region extends from the port city of Puntarenas to the mouth of the Barú River, where Costa Rica’s South Pacific begins at Dominical. Its main towns of tourism interest are Puntarenas, Jacó, Quepos and Manuel Antonio.

The Central Pacific also includes the Nicoya Gulf islands, which are accessed from the ferry port at Puntarenas. The port of Caldera, just south of Puntarenas, is the country’s main Pacific port for cargo and cruise ships. Driving down the coastal highway from Puntarenas to Dominical, you will be enthralled with the stunning scenery.

The Central Pacific’s national parks and other wilderness areas are its biggest attractions. It is a region with great biodiversity of abundant species of plants and animals. Considered the “crown jewel” of Costa Rica’s national parks, the Manuel Antonio National Park is one of the smallest yet most-visited of all of the parks. 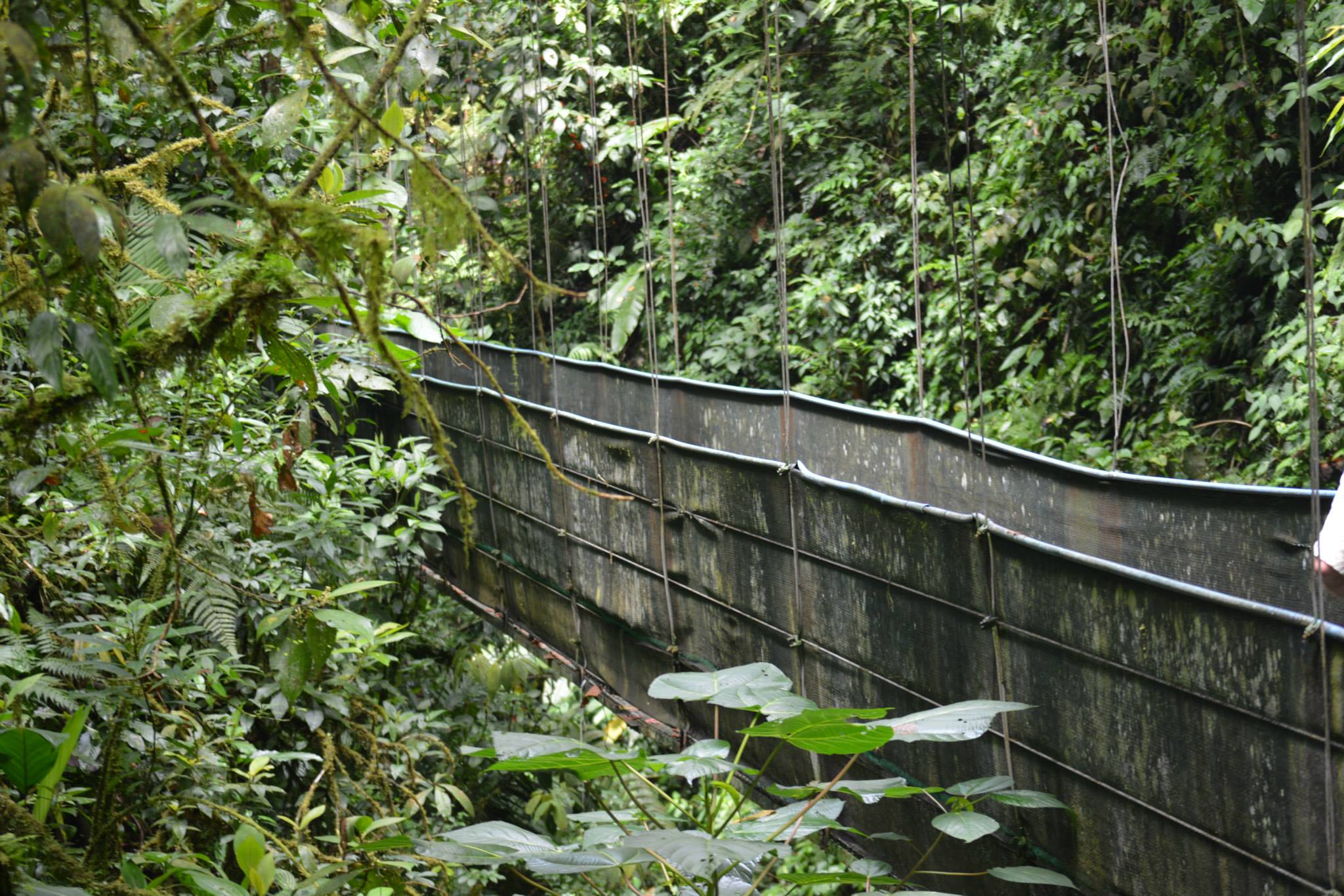 Another of Costa Rica’s beautiful wilderness areas, the Carara National Park lies along the coastal highway from Puntarenas to Playa Jacó. This national park is a very important ecological transition zone between the northern Pacific dry tropical forest and the humid rainforest of the southern coast. A 5,242-hectare park, it was created to facilitate research, scientific studies and environmental education. Carara protects several ecosystems, such as marshes, lagoons, secondary and primary forest. Wildlife is abundant, including peccaries, anteaters, kinkajous, agoutis, coatis, raccoons, ocelots, white-faced Capuchin monkeys, two-toed sloths, tayras, deer and foxes. One of the favourite birds in the area, because of its beautiful plumage and because it is in danger of extinction, is the Scarlet Macaw. Carara has several pre-Columbian native occupations. Archaeologists have reported 15 archaeological sites dating back at least 2,000 years. 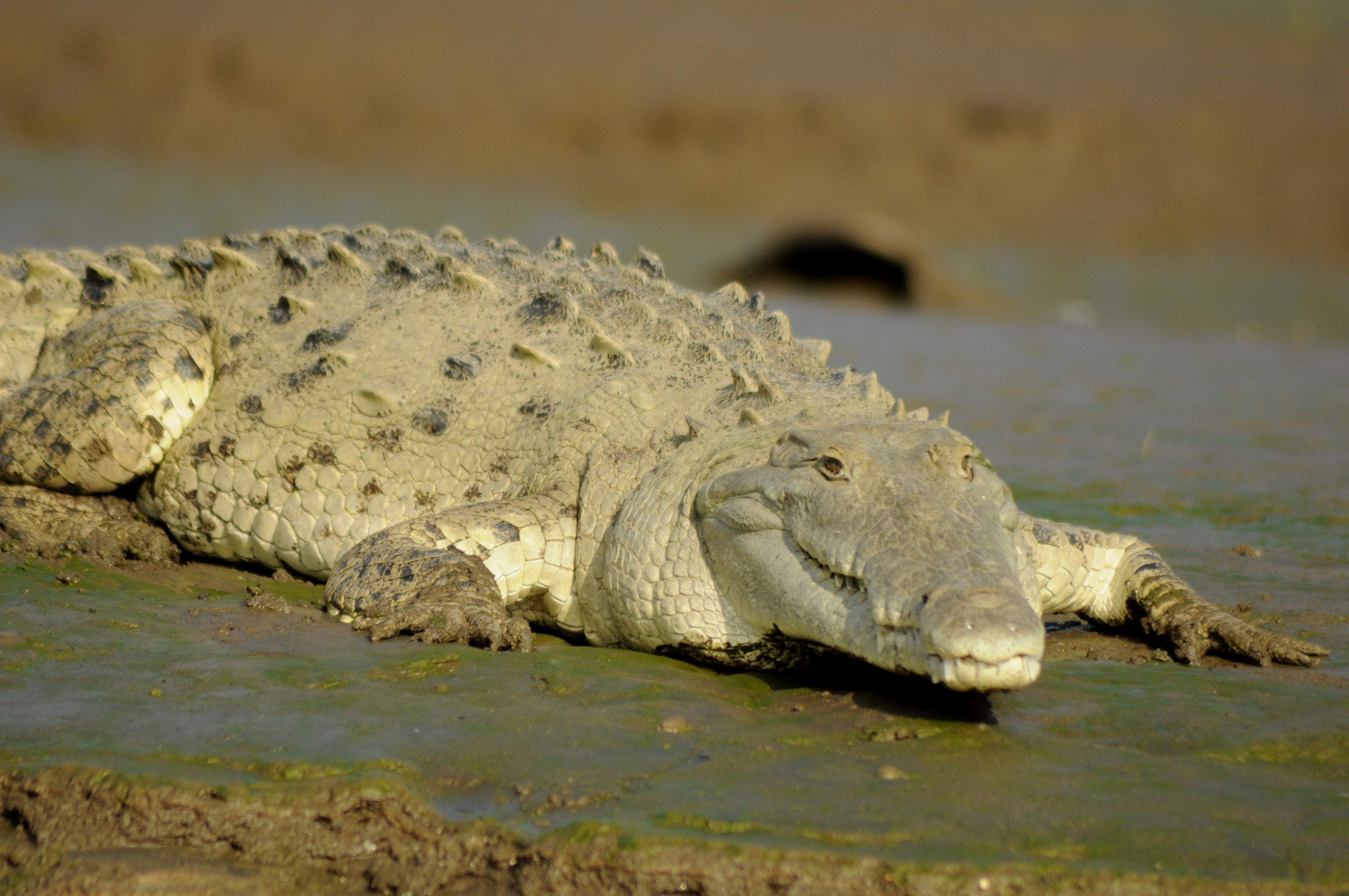 The Tarcoles River provides a critical habitat for a number of species, most notably its resident population of giant American Crocodiles. River boat excursions to see the crocodiles, plus a host of bird species and other wildlife, are overwhelmingly popular. The river forms the northern border of the Carara National Park. 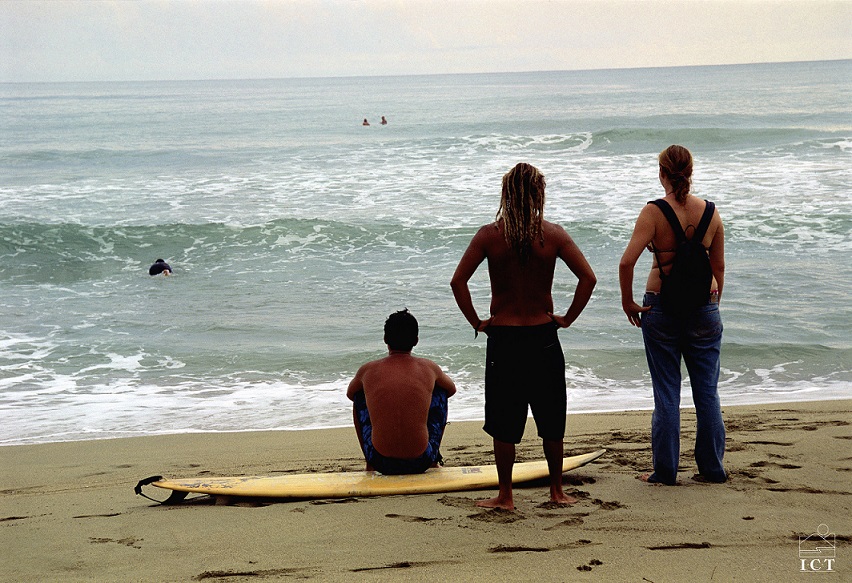 Being the closest large beach to the capital city of San Jose, Jacó is a popular bustling beach town known for its party-like atmosphere and relaxed way of life. Curving in a wide arc about 4 km long, this picturesque beach is bordered by coastal hills at both ends, creating an open bay. Travellers should be aware that there is often a strong rip tide, and swimming should be done with caution. However, the tranquil Playa Herradura is just 7 km north and is better suited for swimming. Jacó and its southerly neighbour, Playa Hermosa, are renowned surfing locations; the International Quicksilver Surfing Championship and several national competitions are held here annually. Besides surfing, you can enjoy long beach walks, horseback riding, mountain biking, ATV tours, canopy zip-lines and sportfishing. 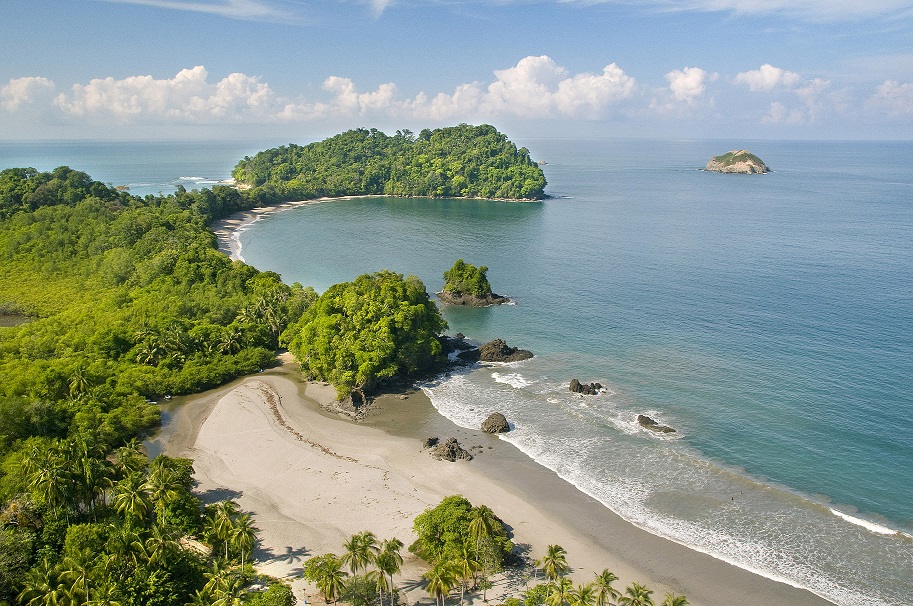 The most popular national park in all of Costa Rica, Manuel Antonio features breathtakingly beautiful beaches, protected coves of shimmering turquoise-coloured ocean, striking lush green forest, and an amazing array of plants and wildlife in a very small space. Encompassing 683 hectares, Manuel Antonio is one of only two locations in Costa Rica where you can see all four types of monkey; spider, howler, white-faced Capuchin, and the endangered squirrel monkey. Increasingly threatened by habitat loss, there are only 1,500 squirrel monkeys left in the wild in Costa Rica, according to the most recent census. Manuel Antonio’s trail system is extensive; the Perezoso Trail and Cathedral Point trail are the best. Wildlife most commonly spotted includes sloths, coatis, raccoons, iguanas, crabs, many species of birds, and monkeys. An exquisite coral reef, perfect for snorkelling, rests just a few meters offshore from the sparkling white-sand beaches. The Manuel Antonio, Espadilla Sur and Puerto Escondido beaches are the most easily accessed; there is also a 14-hectare lagoon and a mangrove swamp. The park as well protects 12 islands that serve as excellent refuges for several kinds of seabirds. When visiting the park, be sure to hire a guide or you won’t see half as much wildlife; also don’t forget to visit the small open-air natural-history museum and park information centre. 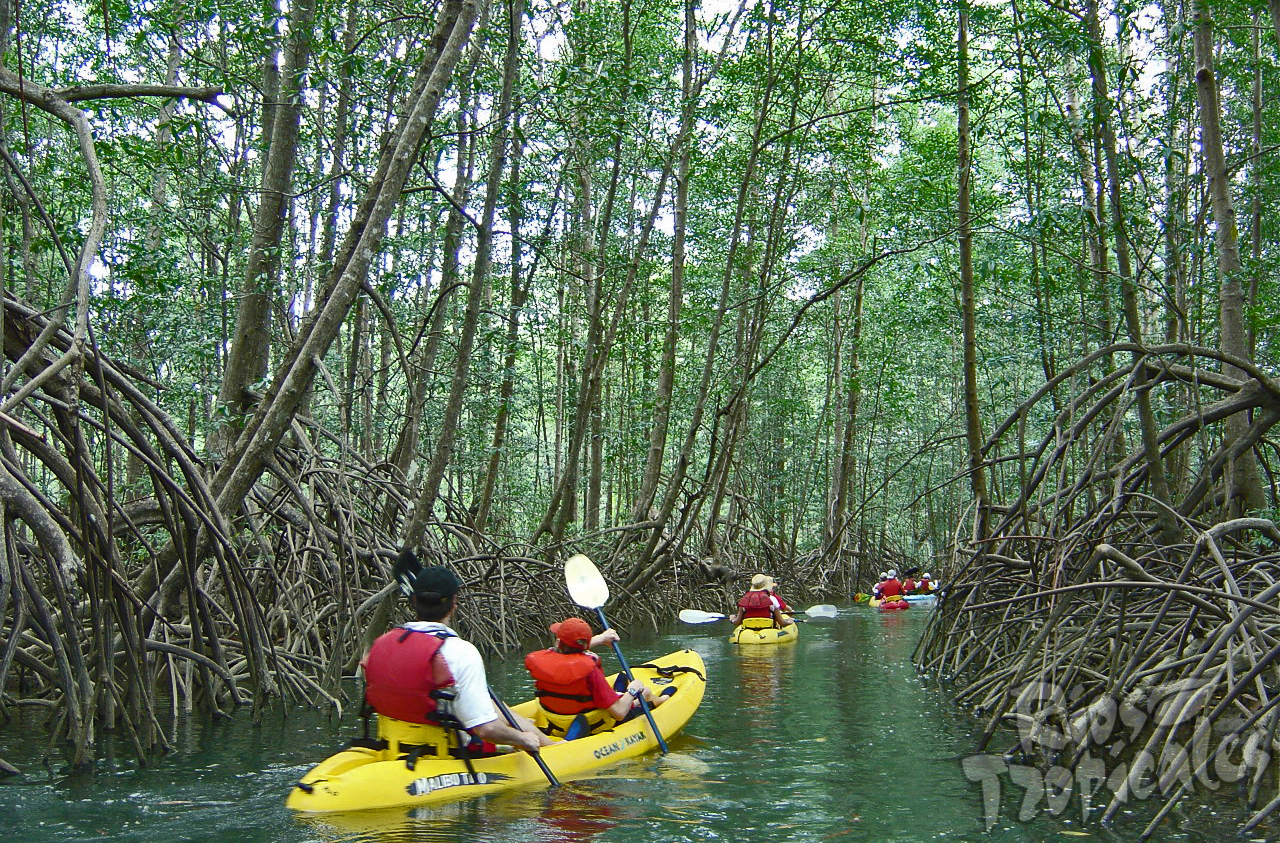 Just outside of the town of Quepos, the Damas Mangrove Estuary will captivate you with its unique mangrove forest ecosystem. You can explore this tangled labyrinth of waterways by kayak or boat. During your excursion, you may see white-faced Capuchin monkeys, caimans, crocodiles, boas, iguanas, and many varieties of birds. 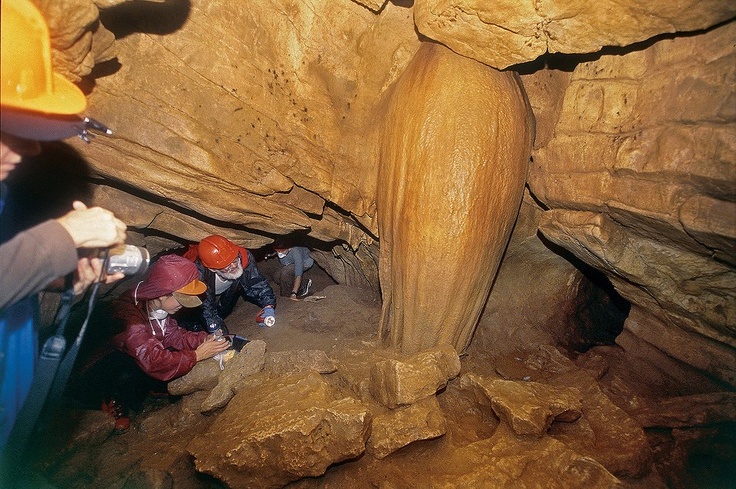 The Damas Caves, about 20 km north of Manuel Antonio, are dry and horizontal, making them easily accessible to tourists. The passages are full of stalactites and stalagmites and there are chambers with 30-meter-high ceilings. 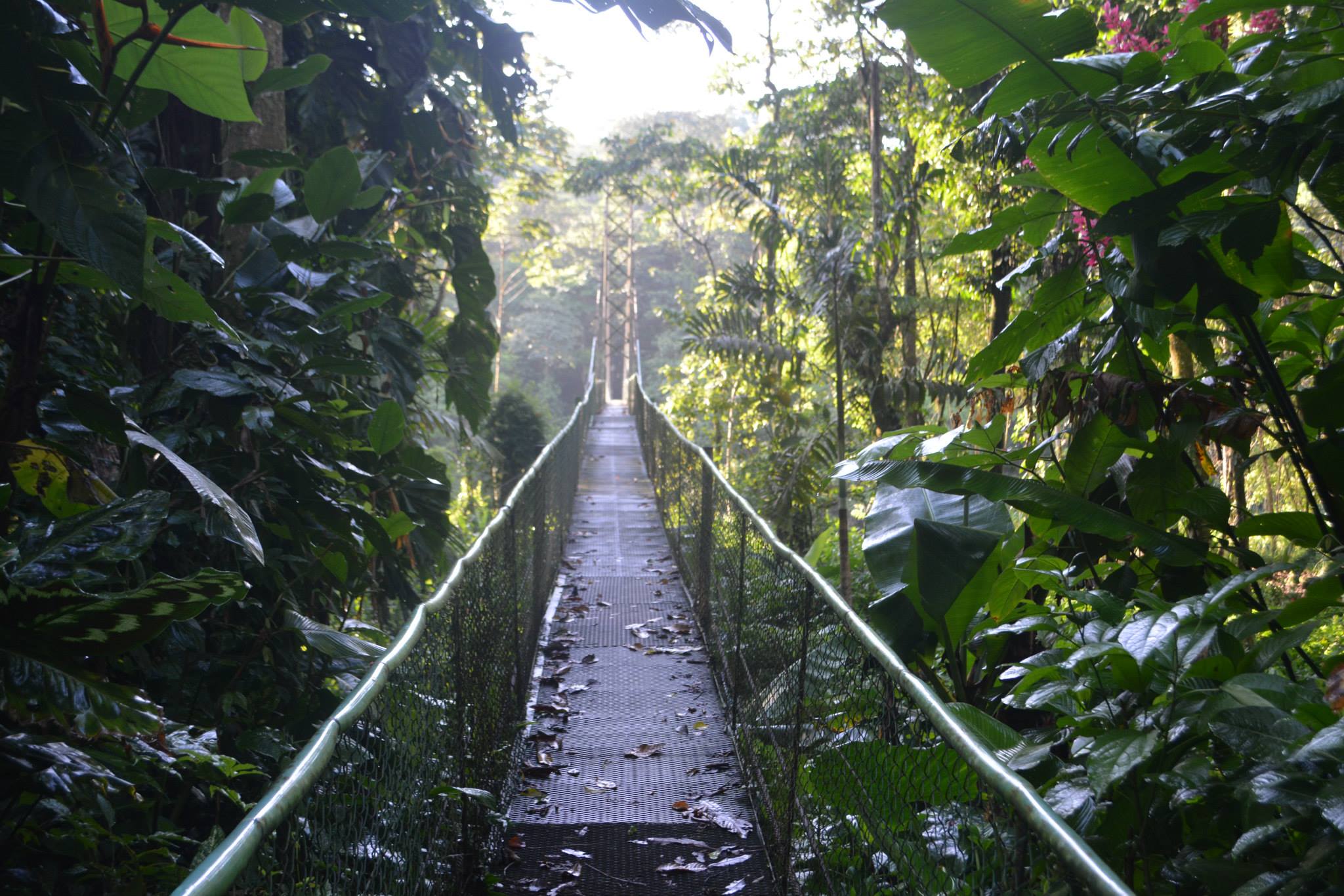 For those who love nature and hiking, the private Rainmaker Reserve with its dense rainforest in the Fila Chonta mountain range and its spectacular suspension bridges through the forest canopy, are an exceptional attraction. 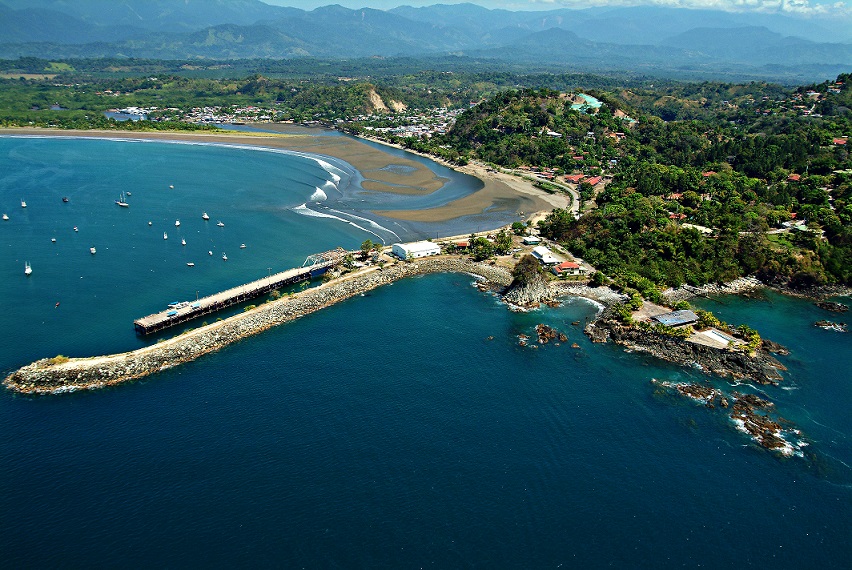 This small fishing town right on the coast is known for being one of the best places in the world for big game sportfishing. Travellers come from all over the world to catch marlin, sailfish, snapper, roosterfish, Amberjack, Wahoo, Mahi Mahi, Yellow fin and big eye tuna. The eclectic touristy town offers visitors a variety of accommodation, food and entertainment. Manuel Antonio National Park is just 7 km south. The Quepos wharf also serves as a starting point for sailing, kayaking, Jet Ski, and dolphin and whale watching trips. Adventure tours like canopy zip-lines, whitewater rafting, horseback riding, waterfall rappelling, scuba diving, parasailing and surfing are also very popular. The Quepos Airport is the quickest way to get to the Central Pacific Coast from the Central Valley, being only a 20-minute flight from San Jose.

This rocky promontory with areas of forest and clear sand beaches offers spectacular viewpoints to admire the beauty of the calm blue sea. At the highest point, there are several hotels where you can enjoy extensive views of Manuel Antonio National Park and the entire coastline from Quepos northward. 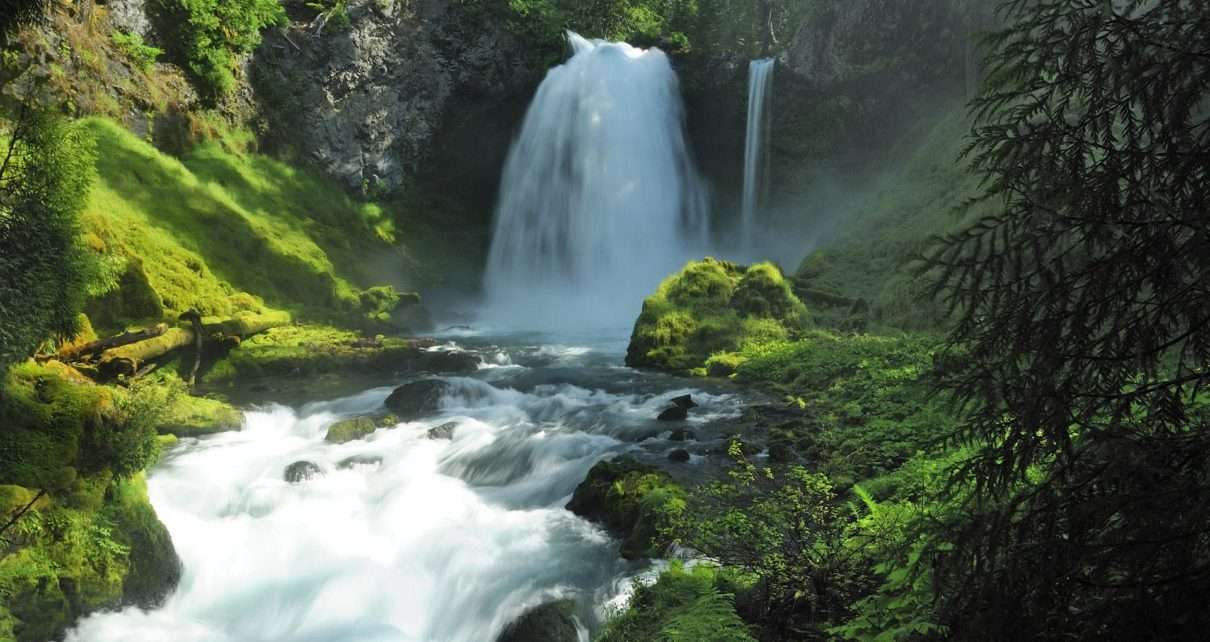 Located about 2 km north of Dominical, Hacienda Barú’s 330 hectares shelter a fantastic variety of habitats, from beach, wetlands and secondary rainforests in the lowlands to primary rainforest on the high coastal ridge. You can explore 7 km of walking trails and 3 km of pristine beach, as well as an orchid garden, butterfly garden and bird watching tower. Night tours and bird watching tours are offered onsite, and there is even a zip-line tour with eight cables. Olive Ridley and Hawksbill sea turtles lay their eggs on these beaches. The history of Hacienda Barú’s evolution from a working cattle ranch to a national wildlife refuge and eco-lodge is quite fascinating. 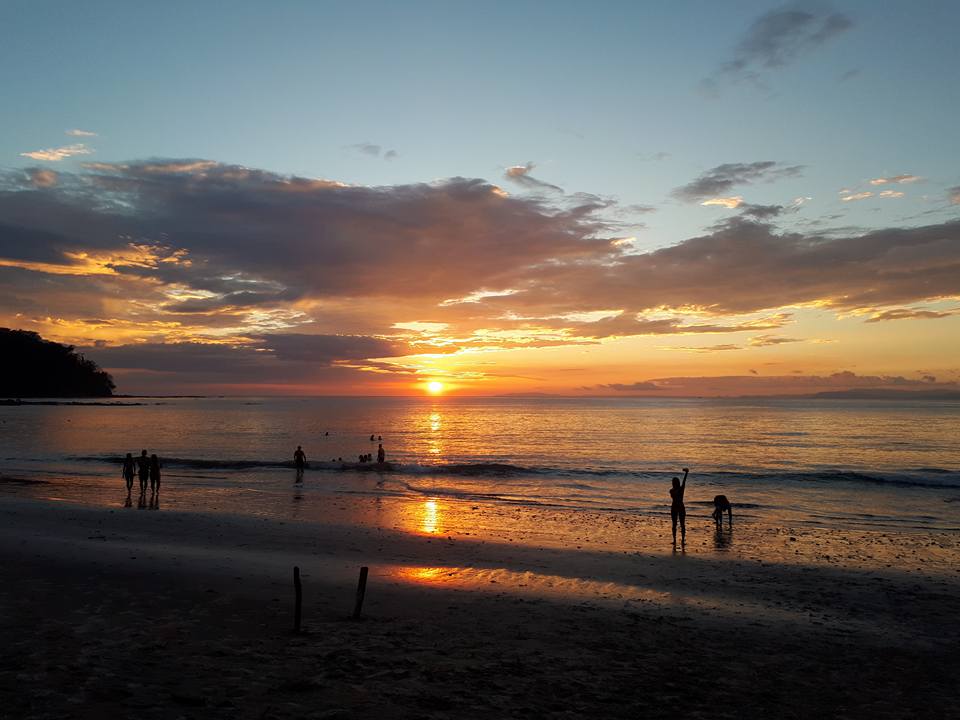 The Punta Leona Refuge is a 300-hectare private nature reserve consisting of lush primary and secondary forests, and two pristine white sand beaches separated by Point Leona – Mantas Beach and Blanca (white) Beach. They are ideal for swimming and other activities like sunbathing and hiking. The reserve is home to more than 330 migratory and native bird species, most notably the rare and endangered Scarlet Macaw. 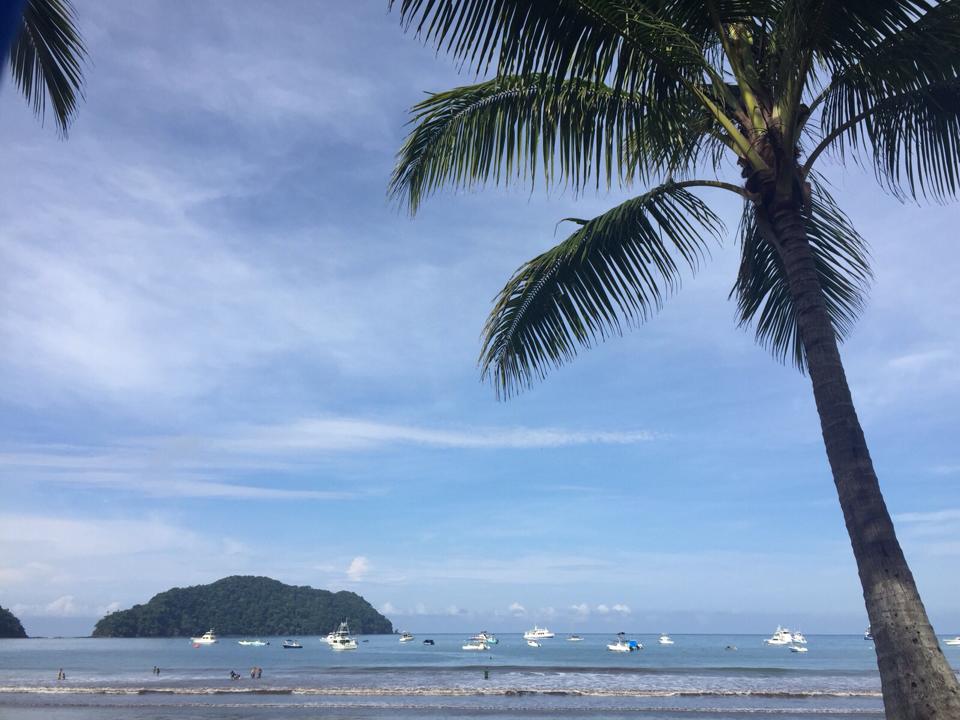 Forming a lush tropical bay, the aptly named Herradura (Horseshoe) Beach is a quiet beautiful oasis next to the Los Sueños Resort. The small beach is hemmed in by hills on both sides. At the north end is the world-class Los Sueños Marina, and to the south is Herradura Island, a natural refuge for seabirds. This beach is ideal for swimming, water sports, and dining on fresh fish at the many open-air beach restaurants. 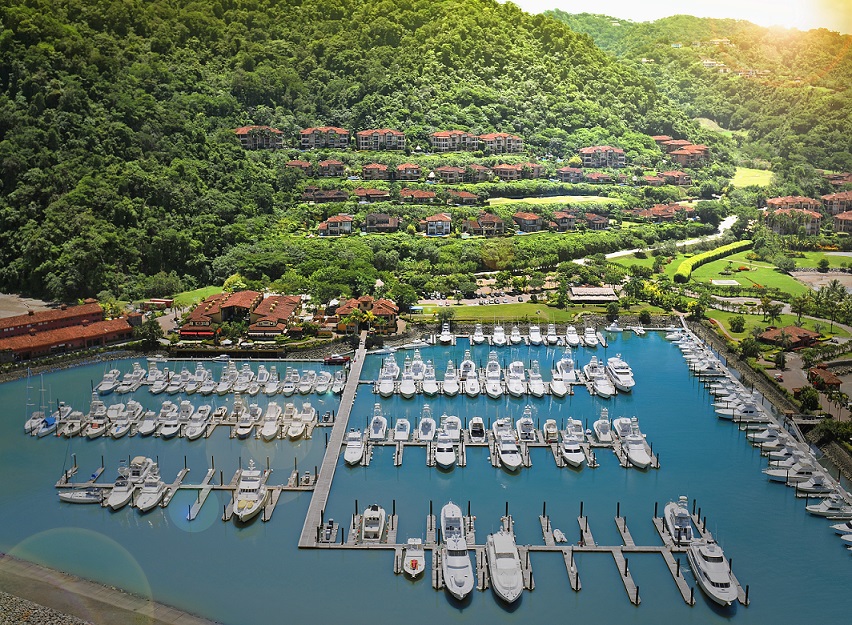 Besides being a seabird rookery, Herradura Island is an excellent location for scuba diving and snorkelling to see colourful fish and other marine life. 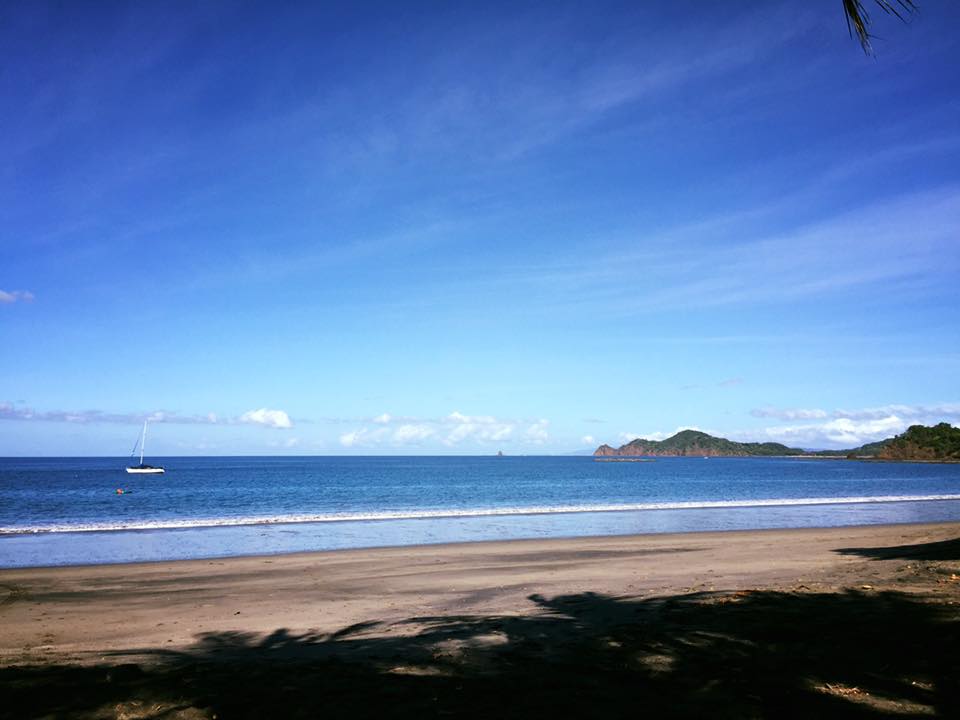 Just 5 km south of Jacó, Playa Hermosa is a wild 10-kilometre-long dark sand beach fronting the open Pacific Ocean. Its strong and continuous waves make it one of the top beaches in Costa Rica for surfing. 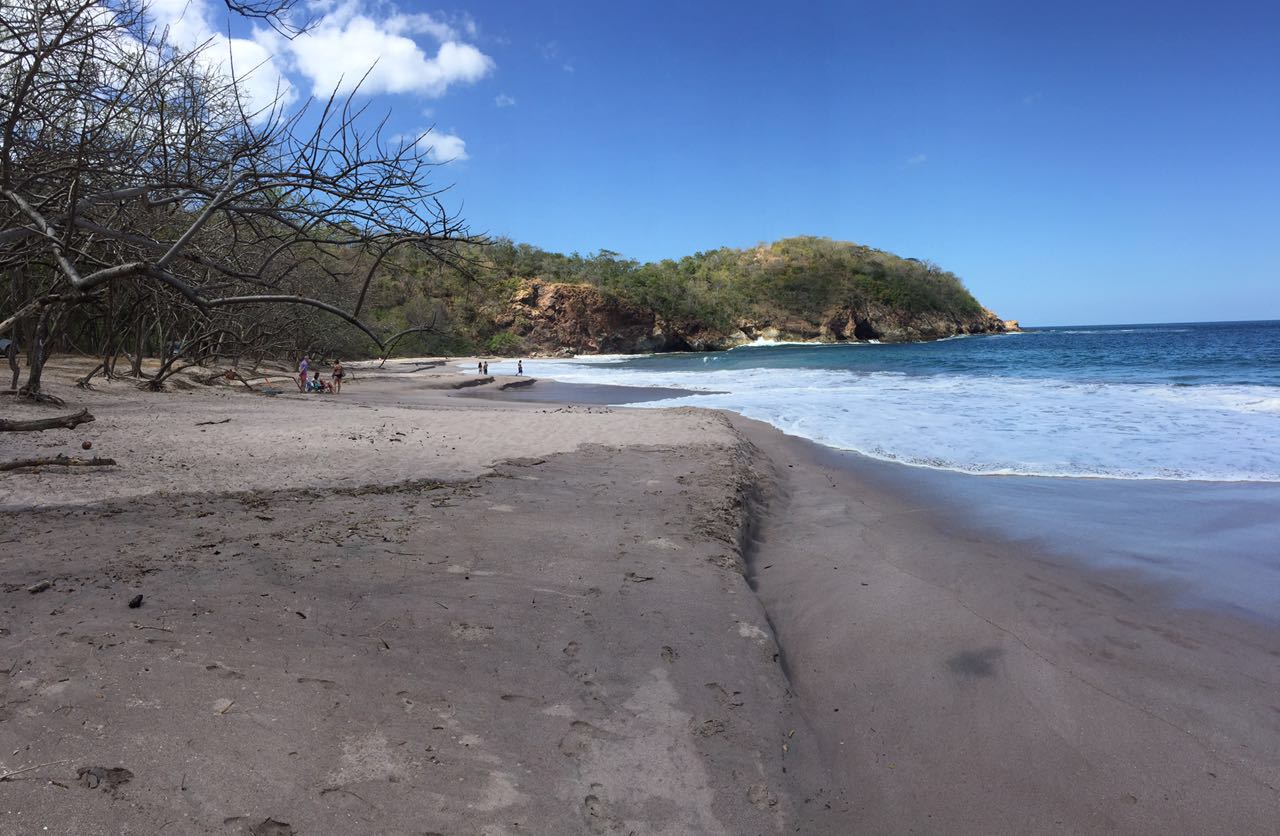 This little beach, 20 minutes south of Playa Hermosa, is popular for fishing from shore or in the Bejuco estuary mouth. Also popular here are beach walks, horseback riding, photography, and sunbathing. Travellers should note that rip currents are very strong at this beach, and caution should be exercised. 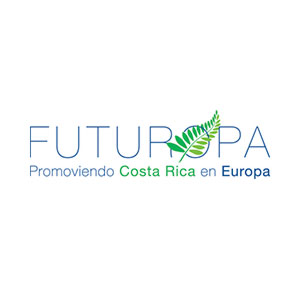 This beach is located in Quepos and is good for walking and swimming. You can take boat tours on the nearby Paquita River.

Located in Manuel Antonio, Playa Espadilla North is very popular for swimming and water sports, such as surfing, kayaking, boating, and Jet Skis, among others. There are a variety of tourist services here. 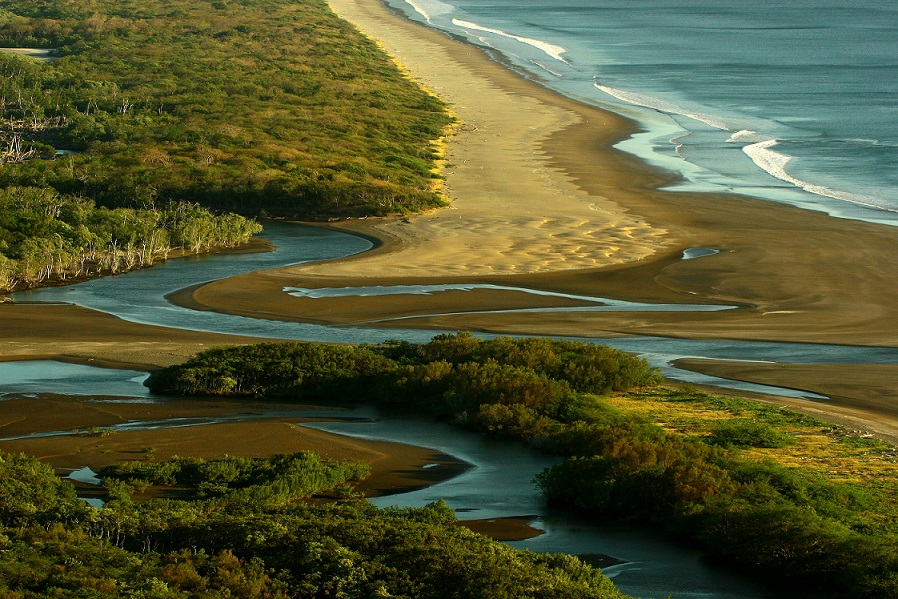 East of Quepos and Manuel Antonio, the Naranjo River plunges steeply from the coastal mountain range through tight gorges, passing farmland, palm oil plantations, and primary and secondary forest before opening out to the flatlands of the Pacific Coast. Whitewater rafting trips on the scenic river’s Class III-IV rapids are challenging and exhilarating. 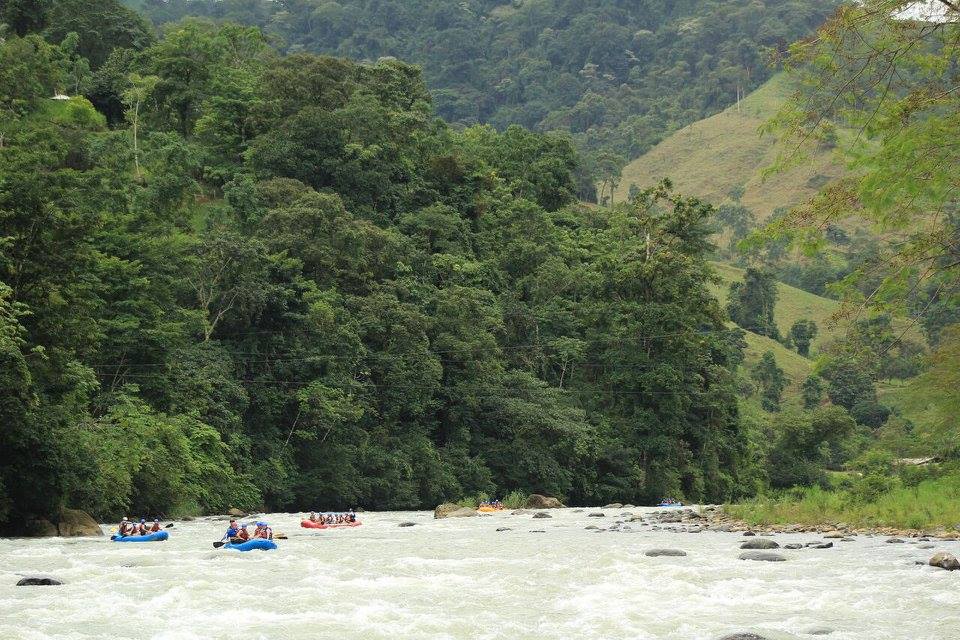 One of Costa Rica’s most pristine rivers, the Savegre is a magnificent watershed flowing from the Talamanca cloud forest down a long valley of lush primary and secondary rainforest out to the Pacific Coast. It is ideal for whitewater rafting trips (Class II-IV) on fun rollercoaster rapids. Many tropical birds reside in the rich vegetation along its banks. 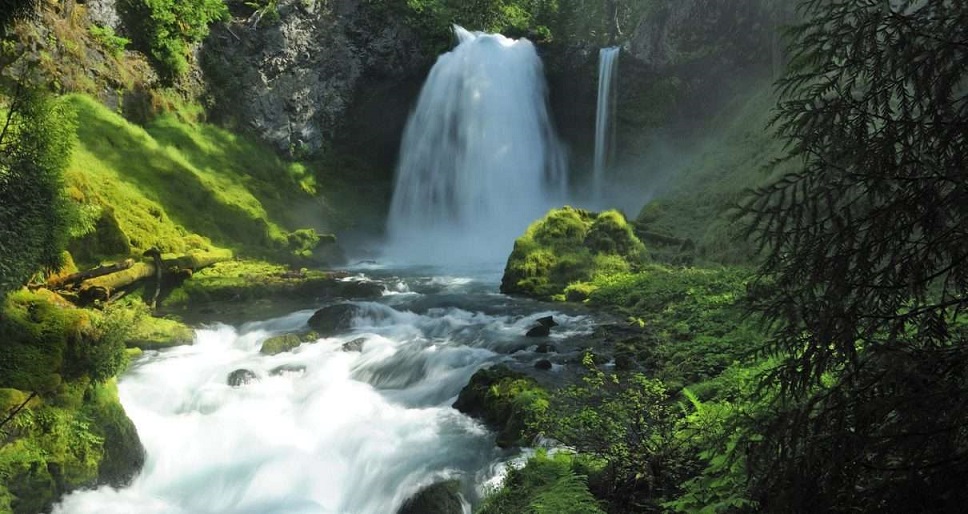 The extensive Playa Barú fronts the Hacienda Barú National Wildlife Refuge, a rich natural landscape of forests and mangroves. From September through October, Olive Ridley and Hawksbill sea turtles lay their eggs on this beach.

Recommended Partners in the Central Pacific 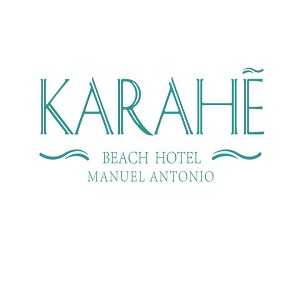 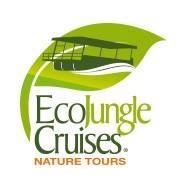 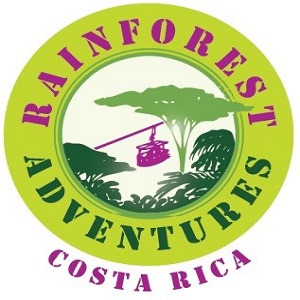 Plus, before it is possible to start repaying credito urgente your loan, you will not have to wait for six months or longer.